Diabolical Recapitulation: The Worst of 2020

Or How I Learned To Love The Bomb That Keeps Exploding Over and Over. 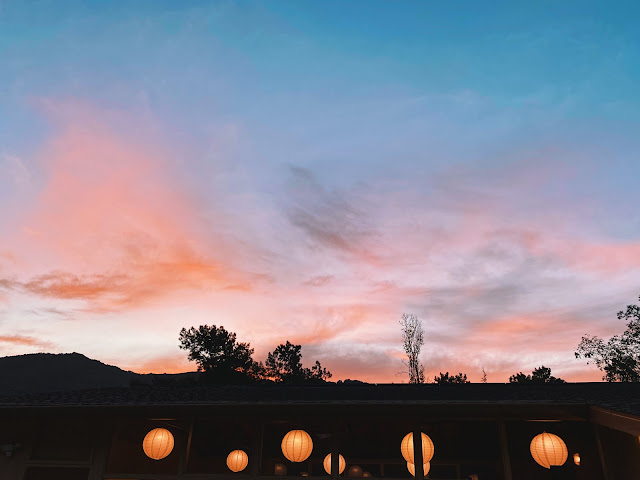 Wrote my first short story in five years, which was promptly rejected by all magazines I sent it to. The kids had a hoedown at school, that turned out to be the last large social gathering I’d attend for the unforeseeable future, as the novel coronavirus was already breaking out in Asia and making its way around the world. I chaperoned Julian’s class on a trip to the Aquarium, while the entire content of Australia was on fire, foreshadowing what was in the cards for the year ahead. I kept getting sinus infections. Our dishwasher broke. John and I paid off and became owners of my childhood home in Lovech. Kobe Bryant died. The Year of the Rat began.

I fixed my teeth and cut my hair short. Johnny learned to ride his bike without training wheels. John and I went on a short getaway to Santa Rosa for Valentines Day, and I took antibiotics for the third time in 2020 for my sinuses. Watched a lot of true crime and social justice documentaries. During vacation week, we visited the grandparents and went to the beach.

School closed temporarily at first, then indefinitely, and we went on lockdown. I did a massive Spring cleaning and painted the kids bathroom. We tried to homeschool the kids, which lasted three miserable weeks, then gave up. Made a long quarantine activity list and started going through it to keep us occupied in the house.

We made art. A lot of art. I bought roller skates and tried to learn to skate exactly once. We kept taking the kids to see the grandparents and have somewhere to be their feral selves, while John and I took a break. Johnny turned 8. The weather was beautiful and we opened swimming season.

I turned 39. We celebrated Mother’s Day by doing nothing in particular. I got some routine blood tests done which came back abnormal. I cut down on sugar and carbs, and started losing weight. I had an MRI and a CT scan, but no issues were detected. There was the first heatwave for the year. We swam a lot and cleared the canyon. Black people continued to suffer violence in the hands of the Police, and people’s cup was on the verge to runneth over. Nationwide protests began. Johnny was officially diagnosed with ADHD.

I organized BLM protests in the village and had further blood tests for a suspected autoimmune disease. I was tired.

Covid was getting out of control and was being politicized. We assessed the risk and sent the kids to summer camp. I installed a tree swing in the canyon and John Sr. started building a play house for the boys. We called it Fort Pfeiffer. Swimming kept us sane, but not enough to prevent a burnout. John was working even more than his usual, which was a lot to begin with. I had to get away and stayed in a hotel room in Monterey for a few days to clear my head. I stopped reading the news and began processing my past trauma through writing. Did a photo shoot for a friend’s cannabis business. We adopted our third cat—Midnight!

Went into hermit mode for awhile, overwhelmed by throwing all my energy into activism, something I had a lot of passion for but very little experience with. Rearranged the furniture around the house. I didn’t have an autoimmune disease after all, but my PMDD was excruciating and my mental health was rapidly declining. Johnny benefited from getting help with his ADHD. Julian turned 6. We signed the boys up for a YMCA program in the village to help us with the impending start of the school year, which was to be carried out entirely online. The heatwaves kept coming hotter and closer together, then there was a thunderstorm and wildfire season began. First it was River Fire, then Carmel, then Dolan. We went into crisis mode. The air quality went from poor to unhealthy to hazardous. The Carmel Fire grew and threatened the village, and we evacuated to Monterey. California burned for weeks on end. Chadwick Boseman died.

School resumed, though we got one or two more heatwaves and bad air from the dying fires. I wrote daily, but struggled to focus. Saw a psychiatrist who diagnosed me with ADD and went on a writing retreat in attempt to make progress with my book. Total weight loss since the beginning of 2020: 33lbs. Marked our two year anniversary of buying our CV home, and celebrated John’s birthday. RBG died.

Last few hot days, then it finally cooled down. We voted. Julian kept losing his baby teeth and acted rebellious, which we contributed to proverbial growing pains and the weird times. Everyone was on edge, school was a struggle, social and political tensions grew. We went whale watching during vacation week, and I went on another writing retreat. There was a talk of school moving to a hybrid learning model, causing drama and pushback from parents. There was no trick or treating, and we celebrated Halloween at home with a scavenger hunt and lots of candy.

A Trump rally came to the village and I went out to protest it along with many locals. A few days later Biden and Harris won the election. We had a moment of unmitigated joy and reprieve from the evil that plagued us in the past four years, then the post-election fatigue set it. The weather turned and brought seasonal depression and shorter days. I had to replace a broken dental crown and pay for it out of pocket, and had a uterine biopsy to try and figure out my PMDD. Both Johnny and I were on attention deficit medication now, and I was scheduled to have further tests to help me sort out my brain. The kids started getting fed up with zoom. I got exposed to someone who had tested positive for Covid and went into self-isolation for a week at home, and another couple of days in a Monterey hotel... Both of my tests came back negative and I returned home to my kids and tried to catch up with their lives. We didn’t celebrate Thanksgiving but America did, and Covid cases spiked higher yet, warranting a second lockdown.

I sent out my holiday cards and the last few care packages to friends for the year. Did my Christmas shopping online and kept writing daily, albeit with varying success. It became clear that the boys needed a break, and I did too—not from school or from them, or even from reality, but from my own brain which was overworked and spent, trying to process personal trauma and to battle my mental health issues on top of coping with the emotional implications of the global health crisis and the national political mess.

I’m currently in survival mode, waiting for the winter break, when I plan to do absolutely nothing, and think as little as possible.

I am thankful that I didn’t lose anyone this year, but I know people who did, and it’s hard.

I’m relieved that we escaped the fire and that we kept our livelihood, but not everyone was so lucky, and it’s frustrating.

I’m happy that we are cleaning house and that a new era is coming, but I grieve for the damage done.

I am grateful for the health that I still have, but I’m a long way from feeling strong and balanced.

It turned out okay for us in 2020, and while we have no right to complain, we know that things just suck more often than they don't, and that sometimes there’s no silver linings to be found.

So we sit with that knowledge, and we keep surviving.

I have goals and ideas, and they are purely pragmatic: I want to get a bunk bed for the boys and utilize the space in my house better. I want to replace the ugly orange carpet in my living room and close off the carport. I want to add a bathroom for the cats, and I want to install new toilets. We may need to redo the roof as well, cut down that big old pine tree, and service our septic tank (the joys of country life!) Fix the deck and put a fresh coat of paint here and there... I want to get more tattoos and learn to use my roller skates, and I definitely want to visit Bulgaria with the boys if it is safe to do so.

Most importantly I want to get my mental issues under control and finish the first draft of my book...

Most of these are realistic, and fairly possible; all we need for our home improvement projects is a budget and strong backs, and the rest is simply a matter of time and motivation.

What I can’t predict is the external factors, the upcoming facts of life 2021 has in store for us, that could and probably would set us off course. What apocalyptic events are we to endure? I hope none. But the way things are going, nothing will magically change for the better because our big and serious issues aren’t an exclusive property of 2020.  Climate Change, the Pandemic, and racism won’t disappear on January 1st.

It will take hard work and stamina, and while I’m remaining cautiously optimistic, I’m getting too old for rose-colored glasses and ultra-positive new year resolutions.

I’ll be 40 in 2021. I want to pace myself going forward and do the best I can in the worst of times, without feeling used up or on the verge of losing it every time things go south. I just want to take it easy. Is this too much to ask? Maybe. 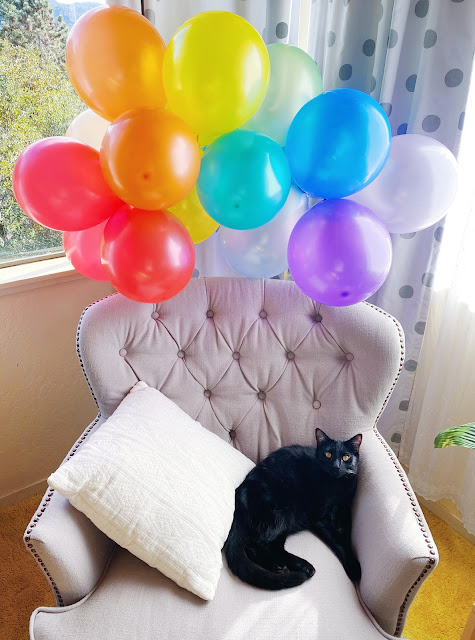 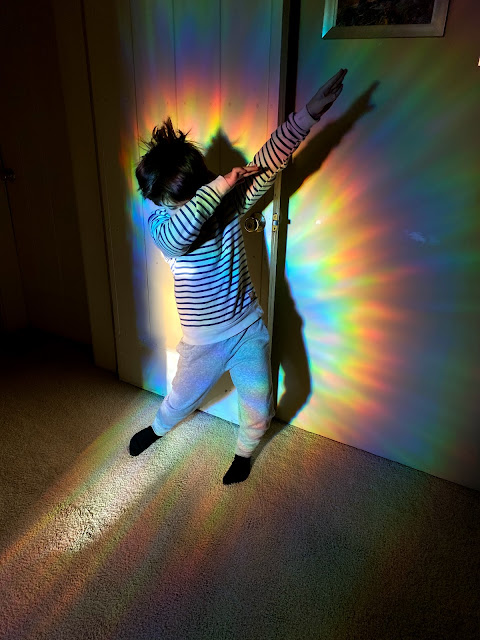 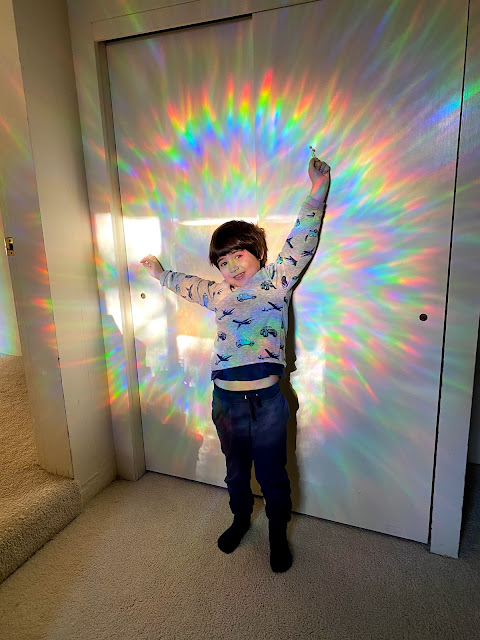 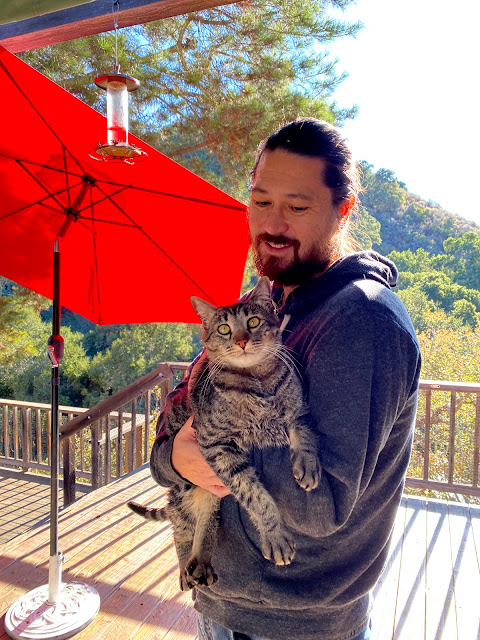 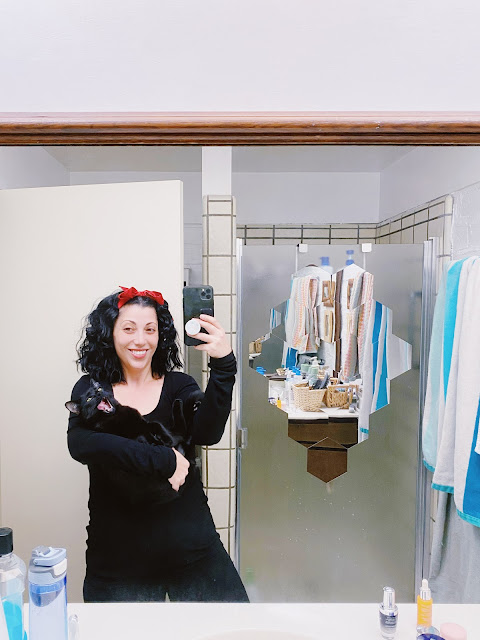 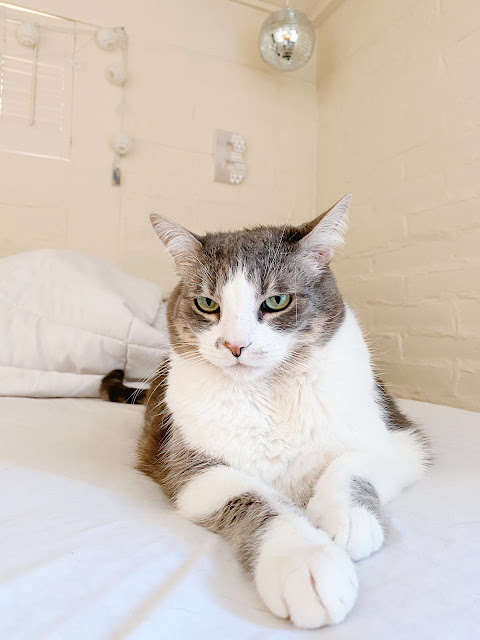