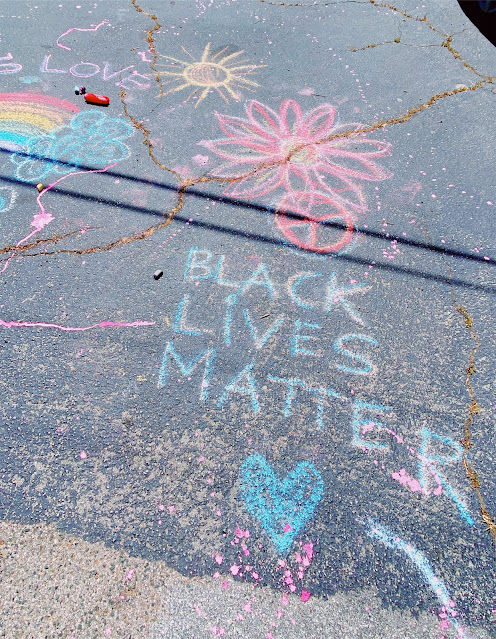 from Merriam-Webster
Definition of privilege (Entry 1 of 2)
noun

: a right or immunity granted as a peculiar benefit, advantage, or favor : PREROGATIVE

especially : such a right or immunity attached specifically to a position or an office.


Definition of privilege (Entry 2 of 2)
transitive verb
1: to grant a privilege to
2: to accord a higher value or superior position to
// privilege one mode of discourse over another
WHITE PRIVILEGE, definition:
A web of institutional and cultural preferential treatments, and exemption from national and racial oppression.
Also, see here and here.
White privilege only exists because of the existence of racial inequality.
There would NOT be one discriminated against, marginalized, and disenfranchised group of people if there also WAS NOT another group that held most power, freedom, and wealth.
If EVERYONE was indeed equal, NO ONE would have been privileged or disadvantaged.
And this is not the case, because we know that racism is real, it is palpable and measurable, and it is visible once we stop refusing to acknowledge the obvious and blaring disparities between white and BIPOC in America in every sphere of life.
Checking your privilege as a white person is paramount in the fight against racism.
Giving up your privilege and putting it to good use is one of your most practical and constructive tools in the fight for equality.
This does not mean that you do not get credit for your achievements and hard work.
This means admitting and accepting that you have benefitted from white privilege (regardless of whether you support or reject the very concept of it) on your way to success, and acknowledging that BIPOC have to work twice as hard for the same results.
This means that their lack of success if often a result of discrimination and trying to operate within a biased and oppressive system, and not because they lack the necessary qualities and work ethic.
Checking and surrendering your privilege is an act that has a palpable impact.
While you have the option and choice to look away from issues that do not affect you directly, BIPOC do not have the luxury to stop being black and take a break from the challenges they face daily.
EVERY PRIVILEGE WE ENJOY TODAY AND TAKE FOR GRANTED HAS BEEN FOUGHT FOR.  Every civil right and every social benefit we accept as a fact of life was once just an idea, and someone had to work and stand for it before us.
Think: How many people had to be uncomfortable and had to carry a burden in the past so you’d be comfortable and safe today?
Women could not vote or get an education.  There were no unions, no universal health and safety guidelines.  If you were sick you just died.  There was no social security, no public parks, no free libraries.  Every single one of those things was fought for: someone stood up and spoke out.
If you are white in 2020 in America, you simply cannot continue to enjoy your rights and liberties knowing that others don’t.  You are a part of this society and this community, and have a moral responsibility to make it better.
Continuing to take advantage of the biased social and economic system, and guarding your privilege as your given right is not much different from being openly racist.  It speaks of one's lack of perspective, empathy, and of an obtuse refusal to be just and fair.
Here are some examples of white privilege: via Suzy Fauria 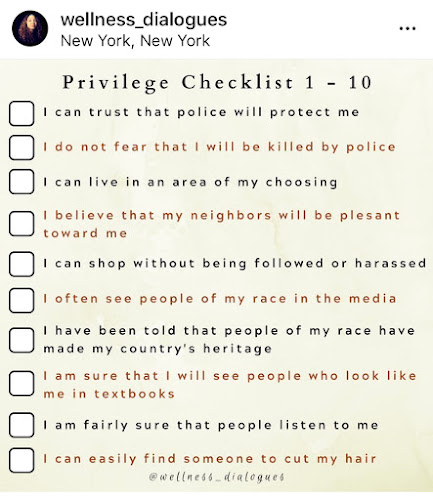 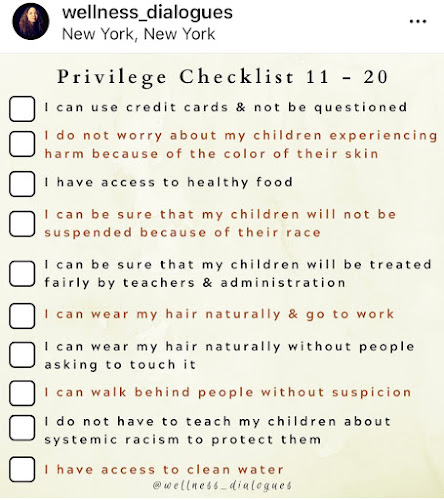 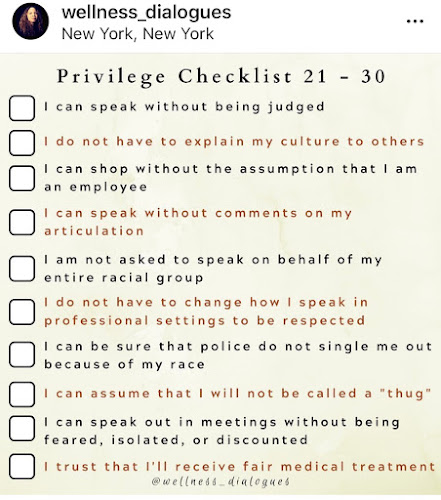 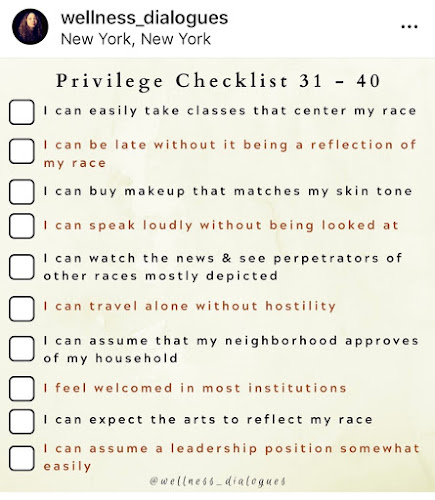