An Eastern-European's Guide to Trump*

*And why you should vote him out this November. 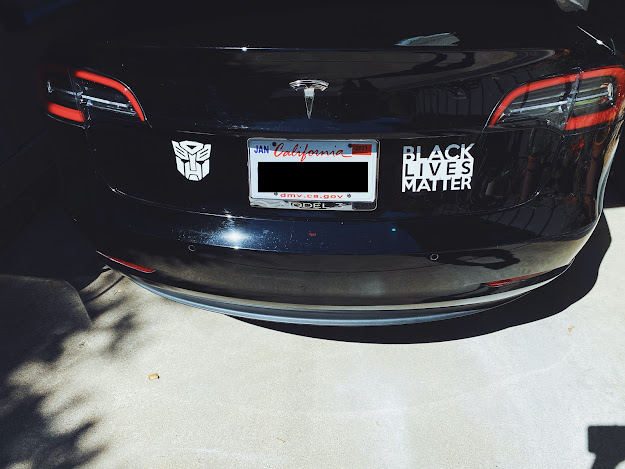 I had a conversation recently about my involvement in the BLM movement where the person I was talking with said they can't understand how it is possible for an immigrant to be so invested in the fight but people who were born and raised here to be complacent, or worse, against equality.  "This (racism) isn't even your fault!", they told me.
True enough.  I came to America in 2010 and I became a citizen in 2018.  My ancestors did not have a part in Slavery or Segregation.  I have not experienced any of the struggles of Black, Indigenous, and People of Color, and I am learning American history as I go.  Racism is not any of my doing... but it is my responsibility to fight against it, and I want to tell you why.  It's really very simple.
First of all, I may be an immigrant, but I am white.  Like it or not, I benefit from white privilege, and it my job to transform this privilege into something positive and helpful for the Black community.  Many immigrants experience the same paradox--we have our difficulties adjusting and fitting in, but we are often treated better than Black and Brown Americans who have lived here their entire lives.  And this, my friends, is not fair.  I didn't move here to add to the problem, I came searching for a better world, and since it turns out no world is perfect, it's only natural for me to work to improve it.
Secondly, as an immigrant from Bulgaria, I have very strong feelings when it comes to injustice.  We, Balkan people, have little to no patience for tyranny.  As someone who remembers life in the Eastern Bloc I can tell you that I'd rather devote my entire life to the BLM cause than watch America become a totalitarian state.  And ever since Trump came to power this seems to be a very real possibility.  Racism and inequality have always existed, yet in the past four years they have become prevalent and blatant, encouraged by his and his cabinet's policies of discrimination, violence, and downright criminal conduct.  This is why I urge you to VOTE this fall, and no matter how little you like the Democratic candidate, the first step is to make sure Trump is OUT.  Don't let history repeat itself, take this very seriously this time and don't underestimate his ability to damage this country even further.
Trump did not invent dictatorship.  It's a playbook well practiced by many autocrats before him. Listen:
What we have now, aside from a global health crisis and a racial equality uprising, is a broken Capitalist system: poverty amongst plenty, individual advancement versus collective regression, and repression intertwined with liberty.
The Make America Great Again slogan was successful in a sinister way because it appealed to conservative and wealthy boomers, the working poor whites, the religious fundamentalists, the far-right extremists, and the corporate world.  And it did so precisely because it was a call for returning to the 50's, when a post-war America was experiencing an economic growth and when the prototype of the American Dream was born: a white nuclear family in a suburban house with a white picket fence, a Cadillac, and all the space-age appliances you could afford at a minimum wage job.
What's left out of this idealized version of 50's American history is the beginning of the Cold War, vote suppression, segregated education, gender inequality, and so much more.  It is not only impossible to "go back" to that time; pining for it is dangerous as it would, in fact, mean regression and decline.
Moreover, Trump and his politics embody everything that right-wing supporters claim to be against: oligarchy, despotism, total control.  Here's what that meant in Eastern Europe for 45 years, and try to find the similarities yourselves:
Totalitarian state--absolute political rule without political discussion.
Constitutions and elections were pro-forma--the party was in the center of government.
The press was organ of the state--total censorship, spread of misinformation, concealment of truth.
Political police enforced party rules--it served the system not the people via the threat of violent retribution with impunity.
Surveillance tactics.
Suppression of opposition (intellectuals).
State mandated atheism.
Restricted travel, halted emigration, desertion was harshly punished.
Rampant corruption and nepotism (hereditary politics).
Propaganda and cult of personality, heavy use of symbols and slogans, the Western values and traditions were the enemy.
Anti-meritocratic principle (Pseudo Egalitarianism).
Nomenclature—heavy bureaucracy and dysfunctional administrative services.
Command economy (5 year plans—extensive vs intensive growth)--was not sustainable due to the lack of a free market practices and the restrictions on import/export. By the 80's the national debt was insolvent.
The Soviet Union reserved the right to interfere at any time; dependent on heavy industry; politics and economics were interchangeable.
Estatisation of private property, collectivization, no competition.
Purges of unwanted elements, labor camps and imprisonment.
Artificial growth.
Replace "atheism" with "religious interference in state politics", "Western values" with "Chinese Virus", and "command economy" with "corporate interest", and you'll have a pretty accurate picture of where America is headed under Trump.
He employs all of the tricks in the playbook: Ivanka and co (nepotism), cult of personality ("I'm the best builder. No one builds walls better than me."), secretive meetings and collusions, etc., etc.
We, former communist state citizens, have been overthrowing governments, protesting, and toppling down statues since November 1989.  This is not just politics for us, it’s fuckin personal.  Trust me.  Get rid of Trump and don't ever underestimate an evil person again just because they are dumb--that's the most dangerous kind!
But if you are not inclined to believe me, comprehensive list of TRUMP'S ATROCITIES HERE
Themes: Activism