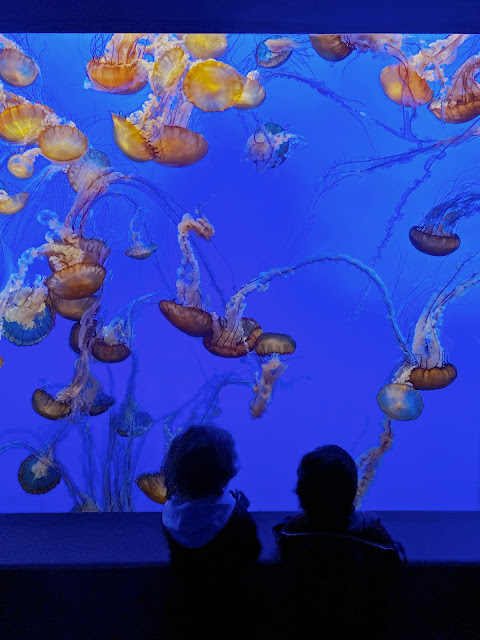 I joined Facebook late in the game--somewhere around the birth of my first child in 2012.  It was something to do to make me feel less lonely while staying home to care for him during the first year.  I have since deleted my profile (because Facebook is fuckin' evil) but another of the uses it had at the time was to introduce me to animal rights activism in more than layman’s terms.  Up until then I had been helping animals in my own little ways; I used to feed strays in Bulgaria and occasionally bring them home (to my mom's horror), and I was already an anti-fur vegetarian, and an adopt-don-shop convert.

But once social media connected me to all these global and local organizations, it was a whole new level of involvement.  At some point I think I had a nervous breakdown because the information I was receiving was simply too much, and too hard to cope with--I'm talking nightmares and panic attacks.  For about two years I signed petitions hourly, raised money for the treatment of abused dogs in Bulgaria, did free photoshoots in exchange for donations to local shelters, volunteered, and was a total pain in the ass because my entire feed consisted of graphic videos exposing the horrors or factory farming, or other animal abuse I was fighting against.  I was, and still am, a passionate opponent of every and all cruel practices that exploit the wellbeing and the life of animals.  I watched documentaries, took part in protests, and stood firmly on my soapbox, preaching from its moral high ground to anyone who would listen, pleading with my friends and strangers alike to reconsider eating meat, to boycott hotel chains that use down feather pillows, or to avoid traveling to Japan until it abolishes dolphin slaughter and commercial whaling...

Newcomers in activism often become zealots, and I was certainly in danger of becoming one, especially after I learned about the dog meat trade in Asia.  Oh, boy.  Nothing in my life--other than watching one third of Earthlings, that scarred me so deeply I haven't recovered to this day and I am sure I will need lots of therapy to heal once I decide to stop compartmentalizing the trauma--has hurt me as badly as seeing those videos of dogs being boiled alive or tortured because of the primitive and wrong belief that their meat becomes better the more they suffer.  I can't watch anything pertaining to animal cruelty anymore; it's a matter of mental health and I simply will go crazy if I do, and not in a metaphoric way.  But at first I felt like I had to know what's going on in order to do something to stop it.

In the beginning (this was merely 5-6 years ago), the entire idea of the "exotic meat trade" was almost like a myth here in the West, and lots of people chose to ignore it.  It's a tricky thing, balancing between understanding other cultural traditions and criticizing them without generalizing, stereotyping, or sounding downright racist.  The truth is that factory farming isn't much more humane when it comes to the treatment of animals, and it's happening right here in America.  It's easy to turn a blind eye altogether, too.  These are extremely unpleasant topics.  But recently, with the spread of information, there has been a rise of organizations (i.e. No Dogs Left Behind) and individuals who are taking action to stop the practice of the exotic meat trade.   The moral and practical value of their work is immense, and the issue is now very much mainstream, normalizing and popularizing questions of humanity that transcends borders.

But still, the majority of people don't really know or care about these things unless their own interests are concerned.  And here we are, in 2020, when I have long stopped sermonizing my friends and family on social media and in real life as aggressively (for my own health as much as anything else; leading by example now, and raising my children right to put a foundation for the next generation), and the biggest news is the deadly coronavirus.  It started in a wet meat market in China, as it turns out.  Wild and domestic animals, fish, and birds have their immune systems compromised by the stress of captivity (conditions are often unhygienic, and always chaotic at such markets) and the viruses they carry mutate and jump from animals to humans.

The moral element aside (again, meat markets are as despicable and cruel as, say, factory farming), the rational and pragmatic implication here is that finally those practices are being exposed--but not before the harm has been done.  That's typical, of course, for humans to do damage control instead of take preventive measures... Now there's a mass hysteria about the outbreak, a little too late.  And it will keep happening, plain and simple, just like all the other man-made disasters we face.

It's inevitable, because both modern, automated, consumption-based and profit oriented food production and antiquated, need-driven, and superstitious/traditional meat trade are unsustainable and flawed in the long run.  Disease, increased carbon emissions, diminished health benefits, pollution and loss of wildlife habitat, and animal welfare are undeniable side effects.

While activists and scientist have talked about this for decades, nothing has a stronger effect than a media-sensationalized mass panic.  Yet the facts remain: production and consumption practices need to change, everywhere.

I don't tell people to stop eating meat anymore, because that choice need to come from within.  But I will tell you to stay informed and keep the facts in mind.

Thank you for coming to my TED Talk.
Themes: Activism