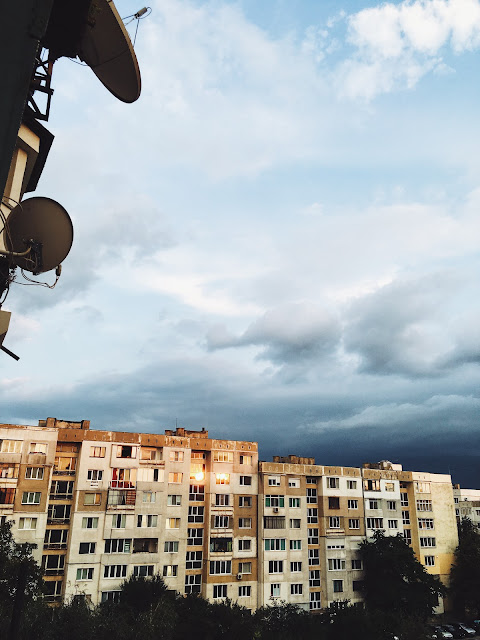 I am Bulgarian, and this is unfortunate because nobody knows anything about Bulgaria.  It’s a mystery!  Most comedians can make jokes about their own cultures, and you’ll get it — everyone knows a bit about the Black, Latino, Asian, and the Jewish experiences, but Bulgaria is obscure.  There’s no point of reference.  It is so foreign and distant that I’m not even sure it exists.  Is it real?  It sounds made up, doesn’t it?  BULGARIA.  Are there any BULLS there?  We don’t know.

When I first moved here, someone asked me, “You have lots of diamonds in Bulgaria, right?”.  She was thinking of Bvlgari, the Italian jewelry brand… Which is ironic, because Bulgaria is in fact the poorest country in Europe.  That’s the first thing you learned today.  Bulgaria is poor.  It’s also a small country.  Its entire population of 6 million or so people can fit on the island of Manhattan.  Bulgarians are so few, that there are only three living here in America, and I am one of them.  The others are Nina Dobrev, the actress, and a guy who sells drugs to school kids somewhere in Florida, but we don’t talk about him…

It’s rare to meet a Bulgarian.  My husband calls me his “exotic European wife”.  He’s very sweet, and that’s why I refer to him as “my first husband”.  You gotta keep them on their toes.  But seriously, Bulgaria is so unknown that I always have to explain myself when someone asks me where I’m from.  And you know they always ask, because they detect my accent.  So I play a little game.  I make people guess.  Top three guesses are: Middle-Eastern — no, Mediterranean — nope, that’s not a country either, and Russian — now you’re close.  Good job!  Another thing I will have you learn about Bulgaria today is that it is a Slavic country.  Russian and Bulgarian languages are very close, and so are our cultures, but please don’t hold that against me.

My full name is Bogomila.  If you say “Bogomila” three times really fast in the mirror at midnight at full moon, you will instantly learn the secrets to Life, the Universe, and Everything.
Just kidding.
Nothing will happen because you can’t pronounce “Bogomila”.

But really, when people try to guess where I’m from, there are no wrong answers.  (Except for that black guy from Detroit who thought I was from Minnesota.  He was very wrong, but he was also the least racist guy I’ve ever met.)  You see, historically, Bulgaria has been invaded by every single empire that ever tried to take over the world.  We are a small, poor country on the crossroads between Western Europe and the Orient, and whoever passed through fucked us up, and fucked us hard.  Like, literally.  The Byzantium Empire, the Roman Empire, and most famously, the Ottoman Empire; all of them colonized Bulgaria and left destruction a bunch of their genes behind… The Ottoman Empire was a real bummer.  They stayed for five centuries and did real damage that messed the Bulgarian national identity badly.  To this very day I can’t look at an ottoman chair without feeling mad.

You look at me and you see a white woman.  But I am not.  My skin may be white, but my soul is black from all the tragedy back in my country.  My husband works at a DNA testing company, and I took one of those ancestry test kits.  It was a revelation.  Turns out that, in addition to a small amount of Balkan blood, I am indeed Middle-Eastern and Mediterranean, and also a tiny bit Ashkenazi jewish, just for fun.  Science is amazing, isn’t it?  I truly believe it is the key to abolishing racism.  It is also a strange testament to the promiscuity of my ancestors.  Bulgarian history was tragic, but it was also a big freakin’ orgy.  Science doesn’t lie.

I can tell you many more fun facts about Bulgaria.  We invented yogurt (you are welcome).  We sent a traditional folk song in Space on the Voyager.  But the thing Bulgarians seem to be most famous for is sports.  We are good at soccer, tennis, wrestling, and weightlifting.

And of course, we are Quidditch World Champions.