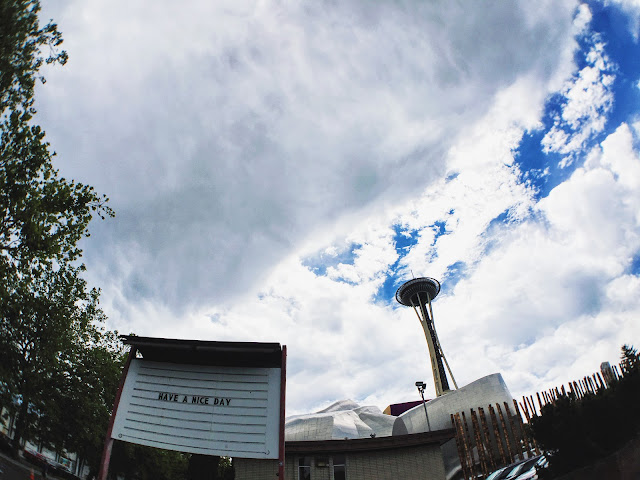 I smoked pot nearly every day for a couple of years in the late 90's, always with the same group of friends that was my family at the time, and it was whack.  I can still smell the pungent skunk-like smoke that first filled rooms of various parentless Sofia apartments or hung above our heads at the park, then stung my throat, filled my lungs, and hit my head like a velvet-upholstered hammer.  Always a soft high at first, euphoria-induced joy, my eyes opening wide.  I could hear everything and sense it all, and it was so wonderful it hurt a little because I was always acutely self-aware and I knew that feeling so good wasn't possible all the time.

And since we smoked god knows what crappy contraband, I used to turn from high to stoned in less than an hour, which was scary.  If the gang wasn't involved in some sort of activity, like breaking into the Music School downtown to play the piano at 2AM, or sit in a circle and listen to Manu Chao on repeat and talk about the mysteries of life, or buy falafels at the only kebab stand in the city (so exotic and cosmopolitain!) and eat it in front of the Odeon cinema while waiting for friends and shoot the shit, then I would go in a stupor.  I avoided smoking weed alone for that exact reason, it was just too weird.  Of course, I was young and stupid then, and I hadn't yet realized that I got high by a mere single hit, so I didn't know to better pass without puffing.  I would become so very smashed I could hardly keep my bloodshot eyes open, and I could definitely not form a coherent sentence without my own voice echoing back into my mind.  Language became insufficient and my thoughts became pointed inward, going a million miles per hour, so complex and somehow too important to be expressed with ordinary words or uttered out loud.  On pot, I was stripped naked and I felt my most intimate self exposed, running out of my eyes like a true secret no one should ever know because it might destroy them.
Of course, it was all an implosion in my head, and no one suspected or cared.  But I was driven almost mad by this sensation, every time.  I wasn't outgoing or confident on a regular day (despite the sensitive-but-tough, grungy-but-sexy, rebellious artist air I was putting on) and I trusted to share my "real" thoughts only with my closest friends.  And of course, at 18-20 I still had so much of myself and the world to figure out, that in retrospect I am not at all surprised by this tendency to overthink and get overwhelmed by my own revelations.  But still, I was strangely attracted to pot as a way to open my mind.  That was all the rage back then, remember?  Ah, the good old 90's...  "Free your mind", "Save the Whales", "Damn the Man", and all that.

I think I was terrified to be seen the way I really was.  Maybe I was afraid I would be too much.  Heck, I was too much for myself as it was!  Or probably judged, laughed at.  Not in the "mean girls" way, more like in a "you are crazy" way.  When I was high, everything was WOW.  It just blew my mind.  I had bold plans that magnified even more on pot, strong opinions that bordered on delirium, big ideas that went beyond the possible reality of a post-communist Bulgaria.  I knew I had more enthusiasm than any tangible skills; most of my friends had talents that came out beautifully when we got high.  One was a pianist, another sang well, my then-boyfriend played drums and DJ-yed, and everyone else didn't seem to care if they were gifted or not, and just went off any way they felt like.  Not me.  I took it all in, I was their biggest fan, and I contributed from behind the scenes, jealously guarding my essential self.  I took notes for safekeeping, to use later.

If I let myself react to the world freely, and if I told people what I truly thought and felt, they'd surely avert their eyes and condemn me.

Poor, silly Bobby!  She took all effects of pot at face value, including paranoia...

I did let two real, true parts of me show: my ability to fall in love, and my ambition to become a writer.  I was the girl who loved like in the movies, utterly and completely, without reservations, with the tragic passion of a Jane Austin character, or maybe Courtney Love.  And I was the girl who wrote song lyrics and short stories and gave them to the people I loved.  Anyway, I eventually stopped smoking so much and so often, and I've had a good few high experiences by myself/with close friends since, like that time I had edibles at a wedding in Vegas and spent the rest of the night writing a manifesto in my hotel room, or like when I went house-hunting after a hit of Sunset Sherbet.  Pot is legal here in California and I have shed the guilt of doing something wrong I had for many years when I had to hide my high from the society and my parents.  I mean, let's be honest.  I'm pushing forty, and I have two kids of my own now: pot is the least edgy of all the drugs I could be doing.

You see, the thing with pot, now as well as during those early days, is that I go deeper.  Normally I go deep, at least I try to, especially when I work.  And there are days (okay, weeks and even months) on end when I barely scratch the surface.  Motherhood, and adulthood in general, has that effect on me.  I go go go and I often forget to touch in, to stop and think about whatever's important  -- relationships, goals, my emotional needs, health, etc.  I put those profound, sacred thoughts and feelings on the shelf because, well, there's simply no time to indulge in navel-gazing.  The most effective form of therapy is my writing, and when I finally get into it I usually make up for lost time and for lost touch, and I self-analyze to my heart's content.  But on pot... On pot I go straight down the rabbit hole.  It's not even funny.

Some people get affected like this by Ayahuasca.  My mind goes into overdrive.  Aside of the whole WOW thing, I get the overwhelming urge to FIGURE IT OUT.  Oh my gosh.  It becomes an obsession of the moment, as if I am going to solve all of my problems in a couple of marijuana-fueled hours, like a mad scientist locked in his lab over steaming beakers, trying to invent a Panacea.  No wonder I used to go into stupor back in the day!
So I get worked up, almost manic, into a stream of consciousness, and I am amazed by what's happening in my own head.  I try to think it up, the fix, the solution, and I write it all down, usually longhand, which is tiring.

Surprise, surprise, turns out you can't stir deep without a whole bunch of stuff escaping to the surface!   Detox by a Sativa strain, mind fuck by yours truly!  Then all the insecurities begin to come out.  I begin moving away from an all-fix and I zero in on some imperfection... and that's when the crying starts.

At the end, usually after a nap, snack and a shower (in no particular order), my vision clears up and my cognitive function normalizes.  I proceed to edit out 90% of what I've written because it's not nearly as good as I thought while I was writing it (which is also the case when I write sober, HAHA!), and I go another year without even thinking of getting high.

It's a rare ritual, it's deliberate, and I never, ever do anything serious or responsible while high.  And not because I am worried that something will go awry.  I just came to the conclusion that THC is supposed to be fun.  That's all.  Not an eye-opening experience, not an epiphany generator, not an inspiration for writing.  Just something to shake things up occasionally and allow you to laugh like crazy at everything without having to explain yourself further.   I'd much rather spend an afternoon petting the cats or drawing or watching old movies while high now, than search for meaning and answers.

That last thing is best done with a clear head.