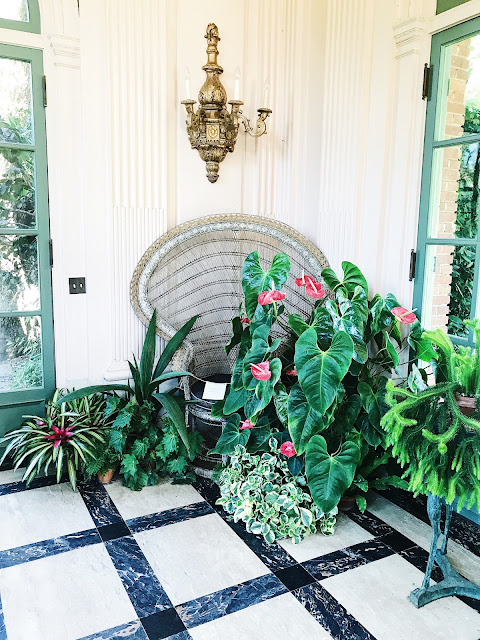 The kids are finally asleep, the cat is awake, meowing to be let outside, the day's work is done, and we have two or so hours to decompress by passively consuming the latest entertainment the Internet has to provide.  John and I are plopped on the couch next to each other covered with blankies, our respective MacBooks nestled in our laps, my feet rested on the coffee table.  I take considerably more space because I am the boss in this relationship I need five pillows in total to prop myself comfortably, and I am surrounded by an array of nut/fruit bowls, a water bottle, and a tissue box - the essential snacks and paraphernalia required to enjoy myself for the duration of the evening without having to get up at all.  John is squished in the corner of the couch, content with a pint of ice cream and a glass of water, which he doesn't even get to drink because the cat always gets to it first.  The lights are dimmed, and it is very quiet (aside of Shelby's meowing, and my loud nut-chewing) -- we both wear studio-grade headphones, thus making the user experience complete.

John and I have not owned a TV ever since we moved together twelve years ago, and while we'd probably invest in a big-ass screen one day, we're now perfectly happy with watching movies on our laptops -- commercial free, on demand, and in HD quality.  We have shows we watch together, like the good comedies (Brooklyn Nine-Nine), or dramas that somehow cover both of our tastes and interests (clever writing and excellent acting), and we save the epic action blockbusters for the movie theater.  When we watch together we use a little headphone splitter adapter, so we can plug two sets of headphones at once, it's the cutest thing!  I love watching movies with John.  His running commentary on the plot (he pauses the video player to express his frustration at every wrong choice the characters make) and the way he jumps when things get scary make the experience very intimate, and I say this only half-sarcastically.

But more often than not John and I watch different things, and lately he works or writes code (which suspiciously looks like he's just randomly typing made up shit for hours) and I binge on the newest Netflix Originals (LOVE, Everything Sucks) or re-watch old favorites.  And come February, it is Screener Season (don't ask me what that is, I am not legally allowed to say), and you can find me glued to my couch throne, ravenously devouring Oscar-nominated pictures and copious amounts of sunflower seeds.  John half-watches these, no sound (he listens to classical music when he's programming), and I often interrupt him to catch him up with the plot (or to ask for more tissues if the movie is particularly good), and therefore he's become a pop-culture expert by proxy.  We live the good life, John and I.

I don't know if Annihilation will qualify for a nomination at the next Academy Awards -- it might very well do (I'm thinking adapted screenplay or visual effects), but I quite enjoyed it.  It's one of those big, well made Hollywood movies that, regardless of their genre, make 7+ rating on IMDB but for some reason fail to make big waves (like Only the Brave, a film overlooked at the Oscars that I absolutely loved).  Annihilation is more up John's ally, being based on the 2014 sci-fi novel of the same name by Jeff VanderMeer.  It's the first story of the Southern Reach trilogy, and the book won a Nebula Award.  When I say "based on", I don't mean an adaptation as the film is more of an inspired by the book than true to it.  And no, I haven't read the novel; we have Google for that.  I also only read one single review prior to watching the film.  It was well written for what it was -- a good-intended attempt to explain how the movie was unexplainable, and is therefore frustrating to watch  -- but I disagree with that premise.  SPOILER ALERT: all stories are about the human condition and experience, even the ones about aliens.  Annihilation, the movie, is ultimately about trauma.  The weird vegetation and beautifully creepy fauna are just a bonus. 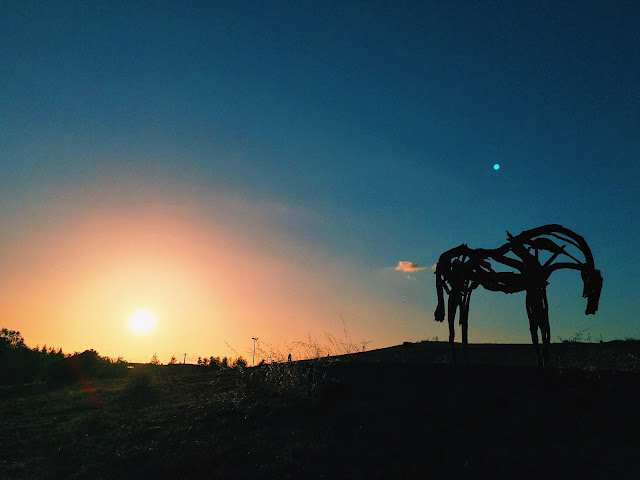 Also, there's something quite tiresome about reading reviews that focus on story, actor performance, and trivia; these leave me unsatisfied and a bit irritated.  When I want to know what a movie is about in order to decide whether or not to watch it, I go online and read a plot summary.  When I read a review, I am looking for more than " Fun Fact! Both Natalie Portman And Oscar Isaac Have Been In Star Wars" or "Brought To You By The Director Of Ex Machina And The Screenwriter Of Never Let Me Go And 28 Days/Weeks Later".  These are definitely great references (I am a big fan of post-apocalyptic zombie flicks and of Kazuo Ishiguro) but I am interested in how the movie affected you, not how much you know about cinematography.  I want to know if it made you cry.  If you kept thinking about the characters long after it's finished.  If it stirred something inside  you and changed you, even a little.  Annihilation made me write this review, and that's a lot, considering I haven't had time to write anything since last December.  Good stories always have that effect on me, and this is the reason I love pop-culture so much.  It pushes me to create.

So, while very unlike the book (the characters -- all women! -- are given names; the timeline is simplified for production purposes; the source of "the shimmer" phenomenon is different; the visuals of the creatures are more specific; the back story varies; and many details are changed to make sense of an otherwise strange and outlandish tale), the film stands solidly on its own.  In essence, the plot is simple: a team of scientists venture into an extraterrestrial (?) crash site to figure out how to stop it from expanding.  They all go nuts in the process, or get killed.  Everything looks wrong.  Plans and animals share DNA.  Trees are shaped like humans.  Bizarre clones walk in pairs.  Fungus and man-made objects have become one.  Memories get distorted or wiped from minds.  Time passes differently.  There is danger of being attacked and eaten, and bodily remains and artifacts are gradually discovered, giving vague clues of what the heck might be going on.  The director Alex Garland has done a good job balancing between logic and madness, the special effects are stunning, and sure Annihilation poses more questions than it answers, but if you pay attention, you'll totally get it.

The only thing I didn't get was the Infinity Snake Tattoo thing.  What was that about?! 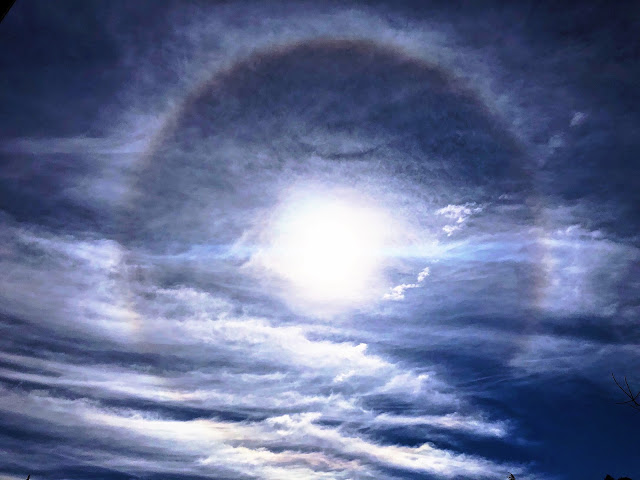 A more conservative reviewer would call it a mix of Arrival and The Ruins, with a twist of Contact and a sprinkle of Alien.  I'd add a taste of "Form and Void" from the last episode of True Detective, Season 1, Re: the weird hole with the weird flux creature/thing that first scares the living crap out of you, then melts you, and finally turns into you.

Annihilation is of a new generation pictures, and mainstream art in general, that defy genre.  There's action -- the Attack of the Monster Alligator, there's mystery -- the Return of the Missing Husband, there's drama -- Flashbacks of Happiness and Infidelity, there's thriller -- Secrets and Psychological Tension Between the Team Members, there's horror -- Nightmarish Bear Speaks in Human Voice, and there's beauty -- Mutated Flowers Under The Iridescent Rainbow Chrome Dome.  I thoroughly enjoyed all these parts, but I was most profoundly affected by the sense of loss I was left with at the end.  You see, the very idea of what does it mean to be human is challenged here.  What do we become when our loved ones are taken away?  What do we do when we are deprived of a future?  Where do we go when our natural environment becomes unrecognizable?  How do we react when learning that everything we knew was wrong?  The alien invasion in this case is just a tool -- a stunning and absolutely terrifying tool -- to unlock these sentiments.  It's a disturbing, scary, sad journey through the human soul, but guess what.  Life is, too.

If I was in the place of one of these women, I'd do everything I can to survive.  That's what I took away from Annihilation.  If I don't get mauled by a Nightmarish Bear (no, really, that bear was a true horror by itself) or grow into a tree with teeth or whatever, I'd just clutch my gun and keep walking until I'm out of there and into the real world, whatever that means.  And then I'll try as hard as I can to live the rest of my days leading a full life.  Because when faced with such an insanity, such a massive trauma, you don't get much choice.  You either lose it and die, or gather what wits you have left and live in spite of it.

I believe it isn't a big stretch to think that, given the things real people out there have overcome.  Examples galore in the daily news...  I hope never to experience grief and loss (Marjory Stoneman Douglas High), or a catastrophe that renders my world unrecognizable (Puerto Rico post hurricane Maria), but if I do, I sure hope my mind and spirit remain strong enough to survive it.

Total Score: 8/10 Will watch again as a part of a Space Movie Marathon with John. 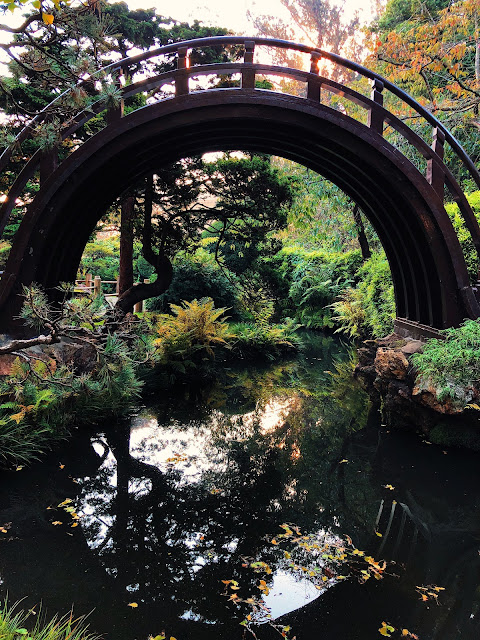